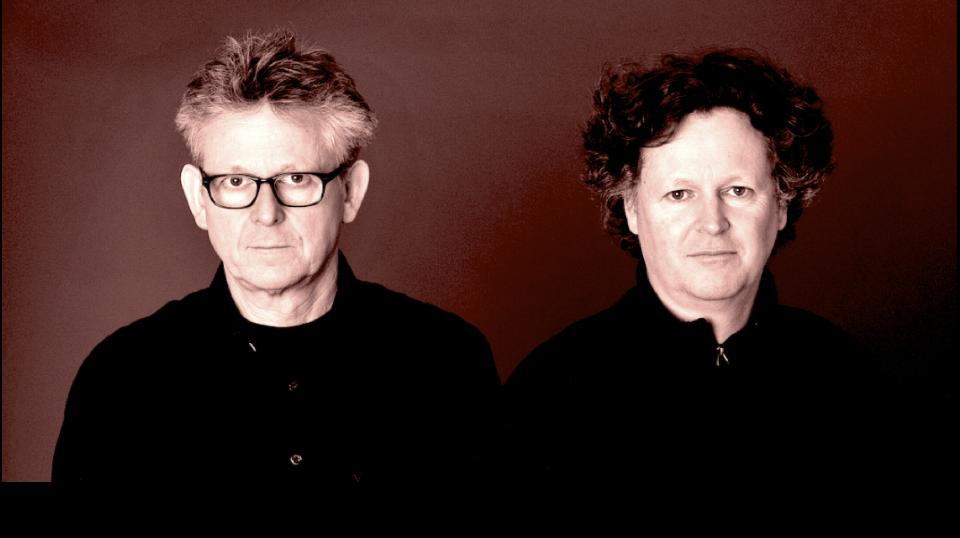 Hans P. and Ernst Ströer are the STRÖER BROS. Based close to Munich, Bavaria, they work as composers, arrangers, musicians, producers and authors, travelling between many different musical worlds.

Hans plays bass, guitars and piano, Ernst plays all kinds of drums and percussion. The two of them descended from the wildly expanded jazz brew of the ’70s. Back then, they toured the world with the MILD MANIAC ORCHESTRA of Germany’s [number one jazz] guitar player VOLKER KRIEGEL.

Equally at home in recording studio and on stage, they rank among Germany’s finest jazz musicians. Hans recorded with STING, FALCO, DONNA SUMMER, GILBERT BECAUD and many more.

From 1985 to 1998, the Ströer Bros. produced all of the albums of Germany’s foremost rock star UDO LINDENBERG. They wrote orchestral arrangements and took part in the final recording by MARLENE DIETRICH, who spoke some introductions on Udo’s album HERMINE. They earned several golden albums for their work with UDO.

The Ströer Bros. have written film music for TV and cinema since 1984. Their oeuvre spans more than 150 productions, among them many prizewinning creations, including the US TV series “Berlin Break,” produced by WOLFGANG PETERSEN and RUBEN LEDER for Columbia-Tristar. Hans composed the scores of all films by HEINRICH BRELOER and HORST KÖNIGSTEIN, including DIE MANNS and BUDDENBROOKS, the most recent film, for which he won the European ROMA FICTION FEST PRIZE in 2009 (best film music).

The Ströer Bros. worked together with the GOETHE INSTITUT to create the GERMAN KUNST DISCO SEOUL as Germany’s official cultural contribution to the Olympic Games in Seoul, South Korea in 1988.

The Ströer Bros. book about listening to music, DAS MUSIKHÖRBUCH, was published by SCHOTT MUSIC in 2008.

2010 Release of "VOODOO TRAVEL", Part II of the NOMADS TRILOGY.

The LP "STRÖER DUO - FLUCHTWEG MADAGASKAR" from the year 1982 has been re-released on Vinyl in 2019 by the American Label DARK ENTRIES based in San Francisco.

"NOMAD SONG" from the album "NOMADEN" by STRÖER DUO & HOWARD FINE is part of the 1980-1991compilation UNEVEN PATHS which has been released in 2019 by the Label MUSIC FROM MEMORY based in Amsterdam.

March 2022 Release of "homeward", Part III of the NOMADS TRILOGY.